Schwartz & Plante has built a reputation for excellence in the field of divorce, family law and domestic relations in Worcester County and throughout the Commonwealth of Massachusetts. With over 45 years experience, our firm is ready to take on any divorce or family law issue that our clients may face. Learn more about our services here

Caring Representation – We are dedicated to insuring that all clients are actively involved in all aspects of their representation and every client receives the highest standard in legal representation.

Aggressive Representation – Our firm is prepared to provide an aggressive course of representation at any point in the legal process. Our experience and technology allow us to take proactive positions and avoid a reactive or defensive posture. When it is in the best interest of our client, we will make every attempt to negotiate a settlement prior to undertaking the serious and costly consequences of litigation.

At Schwartz & Plante, we pride ourselves on providing the highest standard of legal representation in Worcester, Central Massachusetts and throughout the Commonwealth. We develop customized solutions for each of our clients and are dedicated to insuring that the client is actively involved in all aspects of representation. With over 45 years of experience, our firm is ready to handle any divorce or family law issue. 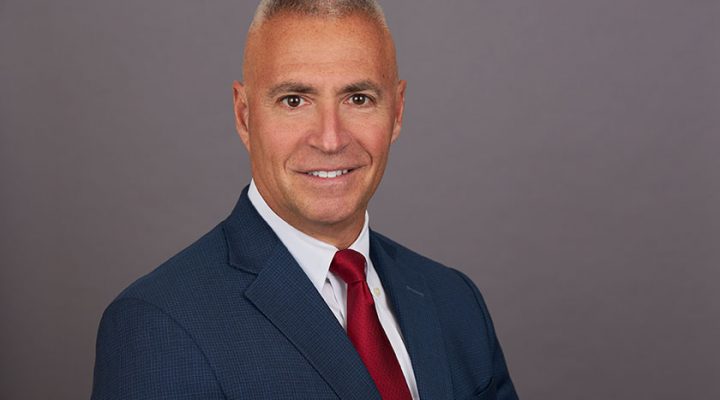 Attorney Russell P. Schwartz is the Founder and Partner of Schwartz & Plante. Russell began the Law Office of Russell P. Schwartz in 1993, which ultimately became Schwartz & Plante in October, 2017. Throughout more than 31 years of practice, exclusively in the area of domestic relations litigation, Attorney Schwartz has developed an unrivaled reputation for aggressive and responsive representation for each of his clients.

Russell received his B.A. in 1985, graduating cum laude from the University of Massachusetts Amherst, and his J.D. in 1988 from Western New England School of Law. He was admitted to the Massachusetts Bar in 1988. His practice concentrates in the area of domestic relations law and family law. He is a noted trial attorney, who has litigated notable cases over the course of his career, resulting in the creation of new case law in Massachusetts. Additionally, in a nod to his unparalleled experience and expertise, Attorney Schwartz is frequently appointed by the Justices of the Probate and Family Court as a Commissioner, Trustee, Special Master and Discovery Master.

Attorney Schwartz was appointed by former Governor Cellucci to serve on the Judicial Nominating Commission. In this role he participated in the process of recommending and selecting potential judges to the Governor for Appointment to the various courts of the Commonwealth. Throughout his career, Attorney Schwartz has also been an active member in the legal community participating extensively in legal education programs, lecturing several times for the Worcester County Bar Association, Massachusetts continuing Legal Education, Worcester County Volunteer Lawyers Association, the Massachusetts Justice Project, and the Family Law Trial Advocacy Panel.

Russell has been a contributor to family law issues in Massachusetts Lawyers Weekly – a premier news publication for lawyers in the Commonwealth. Additionally, he has appeared as an invited guest on WTAG, WCRN, and Unity Radio Shows as well as New England Cable News Network to speak in areas relevant to issues in family law.

Attorney Schwartz was one of the founders of the Worcester Probate Court Conciliation Program, partnering with the Massachusetts Probate Court and the Worcester County Bar Association, and as a certified Conciliator and Mediator, works in every area of domestic relations and family law. 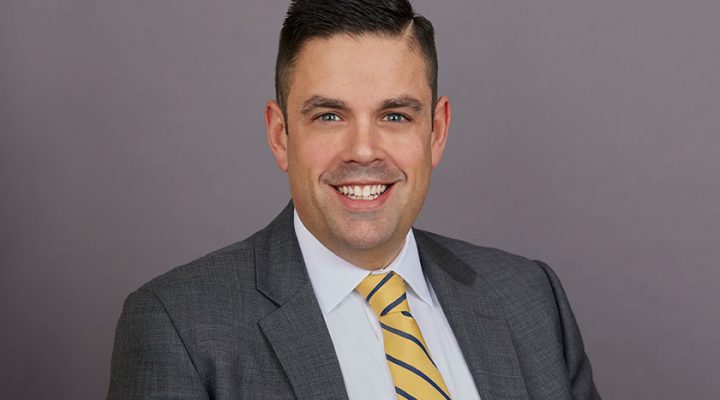 Attorney Nicholas J. Plante is a partner at Schwartz & Plante.

Nick received his B.A. from Worcester State College in 2002, and his J.D. from Western New England College School of Law in 2005.  While in law school, Nick was the recipient of the first year law student Best Oralist award. He also served as a member of the National Environmental Moot Court Competition, where he was twice awarded the Best Oralist award.

Nick practices in all areas of Domestic Relations, including, but not limited to divorce, child custody, modifications and contempt matters. He also handles all matters relating to same sex marriage and divorce, including the dissolution of civil unions. Additionally, Attorney Plante handles all matters relating to contested and uncontested Adoptions.

Nick has also appeared in the District Court and Superior Court in the prosecution and defense of restraining orders.

Attorney Plante has been appointed by the Justices of the Probate and Family Court to serve as a Guardian Ad Litem, Discovery Master, Trustee, Attorney for children (ARC Counsel), and Conciliator.

Nick also leads the firm’s appellate practice, having appeared numerous times before the Massachusetts Appeals Court, both before Single Justices and full panels of the Court. Additionally, he has appeared before the Supreme Judicial Court of Massachusetts.

Nick also practices in the area of education law, representing children and families in the disciplinary process and appeals of disciplinary decisions, as well as representing children and families in the IEP and 504 process relating to Special Education, including at 504 meetings, IEP Team Meetings and appeals to the Board of Special Education.

Nick has lectured and presented for the Worcester County Bar Association in the areas of domestic relations appellate decisions, the law of removal, and trial skills. Attorney Plante has been an instructor in the Legal Assistance Corps of Central Massachusetts divorce representation skills program, and co-authored the handbook for the program.

Attorney Plante is a member of the Massachusetts Bar Association and the Worcester Bar Association, where he serves on the Probate and Family Law Committee and the Trial Skills Committee. 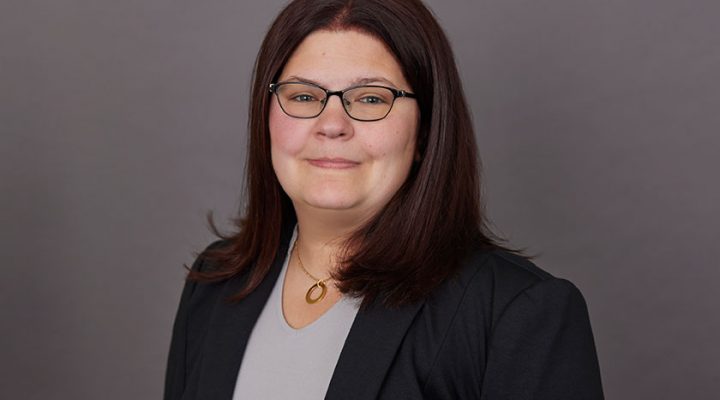 Attorney Alyssa M. Jankowski is an attorney at Schwartz & Plante.

Attorney Jankowski received her B.A. from Boston University in 2007, and her J.D. from Western New England College School of Law in 2010. While in law school, Alyssa served on the executive board of the Family Law Association as the Treasurer and Community Outreach Coordinator and served as a student member of the Faculty-Student Admissions Committee.

Prior to and upon admission to the bar in 2011, Alyssa gained first-hand experience in the area of domestic relations and family law, by working first as a paralegal and subsequently as an associate attorney at the Law Office of Russell P. Schwartz. Thereafter, she advanced her litigation skills by working in the areas of personal injury law, labor relations, family law and civil litigation while working as an associate attorney in a local civil litigation practice in Worcester, Massachusetts. She participated in contested motion hearings as well as in multi-day trials in the Massachusetts District, Probate and Family, and Superior Courts. Additionally, Alyssa represented clients in contested arbitrations and mediations. She was admitted to the United States District Court for the District of Massachusetts in April 2018.

In January 2019, Attorney Jankowski returned to Schwartz & Plante as an Attorney where she practices in all areas of Domestic Relations, including, but not limited to divorce, child custody, modifications and contempt matters. 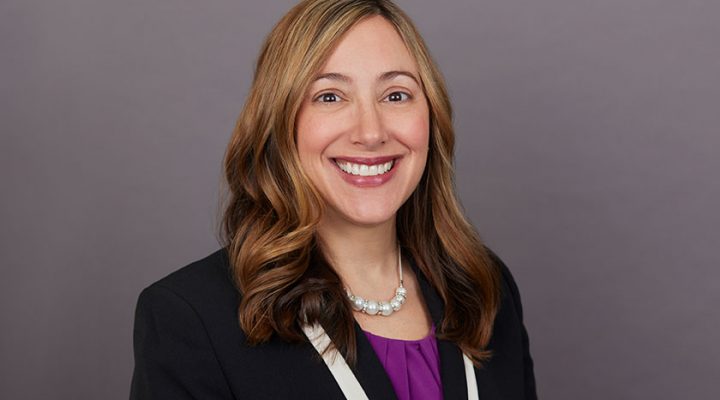 Attorney Marisa W. Higgins is an attorney at Schwartz & Plante.

Attorney Higgins received her B.A. from the College of the Holy Cross (Worcester, MA) and her J.D. from Villanova University School of Law.

Her practice areas include divorce, domestic relations, custody, child support and spousal support. In addition her experience reaches into real estate and business valuation, paternity, prenuptial and postnuptial agreements, modification of prior judgments, as well as many other family law issues. Additionally, Attorney Higgins handles Guardianships, Conservatorships, and Special Needs Planning and Litigation for disabled adults and children.

Attorney Higgins joins Schwartz & Plante after having been an officer at FletcherTilton, PC. She is an active member in the Worcester County Bar Association, and has been named a Rising Star by both Law & Politics and Boston magazines. She is also a recipient of Worcester Business Journal’s “40 Under Forty” award.

If You're Ready to Talk, We are Ready to Listen. Contact Us to set up a Consultation

I would like to tell you how grateful I am for your help.  Not only have you been excellent lawyers, but you also have been compassionate, patient and communicative.  It is unfortunately rare in the legal profession and all the more appreciated.  Last year has been horrendous and it is people like you that have kept me from going completely insane.

I just wanted to say thank you for all your assistance and guidance in my “almost” divorce.  Not only were you extremely professional, but I felt like my best interests were being addressed and I appreciate that especially during these times.  Your office is truly the best and I will be proud to spread the word on the type of professionalism and care your office represents.  Thanks again.  Have a wonderful rest of your summer.

I wanted to thank you for the excellent, superb, fantastic job you did in representing me last week.  You were both a pleasure to work with.  I had 100% complete confidence throughout and we got the outcome we were looking for!!  I’m still amazed!!  I would and will recommend you without hesitation.  Thanks again for your excellent work.  July 4th is Independence Day for the country, but February 24th is Independence Day for me.  Thank to you.

Thank you for all of your hard work!  It has been a long 16 months.  Certainly not where I thought things would be after a 20 year relationship, but this is where I am.  It is sad that we had to end so bitter, especially with kids.  Also, I was very impressed with how many people approached you today and seemed to hold you in high regards.  It made me feel good that you were representing me.

Thank you so much for making me feel comfortable during this difficult time in my life.  You all have helped to make it a little easier.  Thanks again.

Thank you so much for everything you have done/are doing for me.  Knowing that this agonizing process is being handled with such efficiency and capability has given me confidence and mental peace.  My heartfelt appreciation goes to both of you.  Words are sometimes inadequate but I had to try.  Thank you.

If You're Ready to Talk? We are Ready to Listen, Contact Us to set up a Consultation